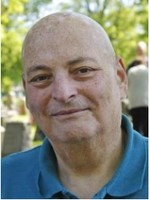 In civilian life years after his honorable discharge, the Flushing resident was a different kind of soldier.

“He was a powerful advocate for veterans,” Michael O’Kane, who succeeded Narson as the chapter’s president in 2015, told the Chronicle. “He was passionate. He was vocal. He was outspoken.”

Although Narson did not serve in Vietnam, according to O’Kane, he was eligible to join the VVA because of when he served.

“Now, it’s actually coming to fruition,” national VVA President John Rowan said. The project is expected to be completed in Elmhurst Park in the fall of next year.

“He was a driving force behind getting the Veterans Department bill passed and signed into law,” Councilman Eric Ulrich (R-Ozone Park) said. The legislation created a city agency dedicated to veterans.

“He used to show up to a lot of the hearings, particularly the ones that focused on [post-traumatic stress disorder] and other mental health issues impacting the veterans community,” Ulrich added.

“He did a lot for the chapter,” VVA 32 Vice President Paul Feddern said. “He really did.”

Prior to retiring, the late veteran worked in sales for an auto glass company and after that, for a plate glass business.

A Bronx native, Narson also was a member of the Jewish War Veterans and American Legion. He was inducted into the state Senate’s Veterans’ Hall of Fame in 2015.

He was buried at Calverton National Cemetery on Long Island.

Narson is survived by his wife, Marilyn; his daughter, Maria; his son, David and his grandaughter, Isabella.